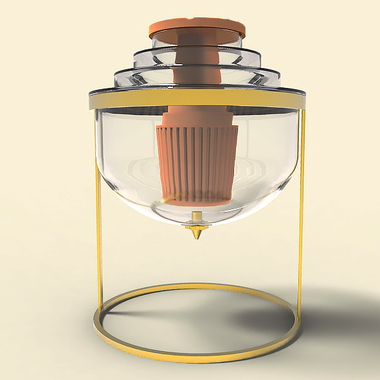 The idea stems from the observation and research of the availability of drinking water in the world and on the ways of consumption and supply in western countries. 2.1 billion people lack safe drinking water at home Some 3 in 10 people worldwide As a result, every year, 361 000 children under 5 years of age die due to diarrhoea. Poor sanitation and contaminated water are also linked to transmission of diseases such as cholera, dysentery, hepatitis A, and typhoid 844 million people do not have a basic drinking water service and 159 million people are still drink untreated water from surface water sources, such as streams or lakes. This includes 263 million people who have to spend over 30 minutes per trip collecting water from sources outside the home. In the majority of cases they are women and children who have the task of supplying and transporting water with an estimated average of 30 min per day. Time that is taken away from other activities such as education. Furthermore, drinking water represents 1% of the water available on earth and this quantity is destined to decrease for: pesticide use and irrigation inefficiency in agriculture, population increase and global warming. While in most western countries more drinking water is used than available resources. This product through the use of the characteristics of terracotta, proposes a filtering system of domestic water that would lead to saving drinking water, because it is filtered directly from the tap with the intention of reducing the use of plastic bottles for domestic use. The form refers to the jugs that woman used in third world countries, mostly in Asia and Africa and the name stands as a provocation with the intention of triggering a reflection and an awareness of the problems related to water.