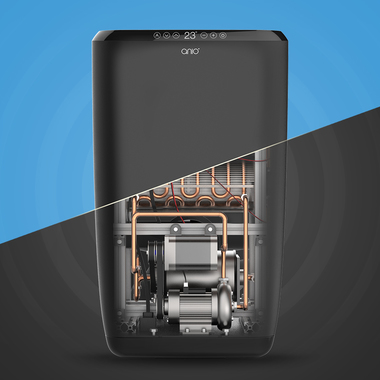 The following project is dealing with the optimisation of conventional air conditioning units in living areas whereby the redevelopment of a monobloc air conditioner is focussed. The aim of the project is to provide user-friendly alternatives instead of expensive installation devices which can often only be afforded by homeowners. Another emphasis is the implementation of the magnetocaloric effect which can be used for refrigeration by shifting the magnetic field strain. The concept of magnetic refrigeration related to future refrigeration can be considered as a global milestone, whereby the conventional compressor technology is to be replaced as far as possible. This elaboration is a first approach to integrate the new technology of magnetic refrigeration into a moveable air conditioning unit which is why there are currently no comparable devices existing on the market.